On January 1, 2018, a new season of The Bachelor begins. There’s a bit of a change this year. Instead of picking a contestant from last season’s Bachelorette (featuring Rachel), the show reached back to Emily Maynard’s season in 2011, plucking rejected suitor and race car driver Arie Luyendyk Jr. The show synopsis says:

Six years ago, Arie Luyendyk Jr. was in love and a day away from proposing to the woman of his dreams. And then, she broke his heart. Emily Maynard (now Emily Maynard Johnson) may not have been Arie’s future wife, but he hasn’t been able to find a love like hers since. Now Arie is back and ready to race into America’s heart yet again when he returns for a second shot at love, starring in the 22nd season of ABC’s hit romance reality series “The Bachelor,” returning to ABC in January 2018.

What has he been up to the past 6 years? According to the show:

After a tearful exit on Emily’s season of ABC’s “The Bachelorette,” Arie has stepped away from the spotlight and focused on his new career in real estate, which has brought him tremendous success. Even though he has been gone from Bachelor Nation, America hasn’t forgotten Arie’s rugged good looks and charm. After mending his broken heart, Arie is finally ready to start his own journey for love.

At 36, he’s definitely older than most Bachelor contestants.

Here are the women who will be competing for him:

END_OF_DOCUMENT_TOKEN_TO_BE_REPLACED

Added: I was right to dread it. It’s absolutely awful. And a sacrilege. First, the actress playing Teresa Mendoza is nowhere near as self-confident or charismatic as Kate del Castillo. Second, it doesn’t follow the plot of the novel from which it’s taken. It takes the characters’ names but then invents a plot that descends into stereotypes in the first five minutes. For example, Teresa Mendoza would never consume drugs. This show  has her snorting white powder in the first scene. It also has her dead in the first scene, as if the rest will be a flashback. The Teresa Mendoza of La Reina del Sur doesn’t die — she goes off into the sunset, with the help of the DEA and to the consternation of authorities in Spain, pregnant and alone but in a gorgeous house on the ocean somewhere in a beautiful part of the world.  END_OF_DOCUMENT_TOKEN_TO_BE_REPLACED We've got big snow in the mountains and fierce winds in Denver. If you're in the neighborhood of either and looking for something to do tonight, and a fan of vintage clothing or the Bachelor/Bachelorette, head up to Breckenridge for the opening party for Vintage Sweet and Chic, at 215 South Main.

END_OF_DOCUMENT_TOKEN_TO_BE_REPLACED

The X-Factor seemed to start off on a bad note when it dropped British judge Cheryl Cole. Replacement judge Nicole Scherzinger didn't seem to me like a good fit during auditions. But now that it's clear the judges' role is not just to vote every week, but to train their assigned group of contestants, I've changed my mind. I can't see Cheryl Cole coaching any of these teams to musical super-stardom. Nicole may be lacking in the magnetic personality department (as she was on DWTS, which she won) but after watching the judges' home segments, I think she'll be a winner as a coach.

It was definitely a struggle to stick with the show through the weeks of auditions. L.A. Reid and Simon were the only reasons I kept watching. For the most part, the contestants were either very physically unappealing or far too young. But in the end, with tonight's selection of the final 17, it was worth it and made for pretty riveting TV.

The X-Factor is not the same as American Idol. To say it’s more emotional is an understatement. It’s like Queen for a Day on steroids. There's the homeless guy, the garbage collector/recovering drug addict (sober now 70 days); the emotionally battered wife/mother; the precocious 13 year old going on 30; the 14 year old reincarnation of Taylor Swift; the baby rapper; the hot likeable tart; the overweight, stringy- haired white guy with acne who makes burritos and has a voice that blows away most of the competition, and the 59 year old “sleeper”.

Aside from the non-exciting group category the show handed off to Paula, for entertainment purposes, I think the show got the finalists right tonight. It's not just about the voice but creating a star. What makes a star? The undefinable X-Factor, of course. That intangible quality you can’t define but you know it when you see it. The finalists are all talented, but in addition, they either have a compelling sad-sack story or are immensely watchable. END_OF_DOCUMENT_TOKEN_TO_BE_REPLACED

Hate her or not, the whiny, obnoxious Rachel was the only finalist who deserved to win. And win she did, by only one vote, which surprisingly came from Shelley (who probably voted for her to to get further back into Jordan and Jeff’s good graces.) And what a surprise (not): After repeating ad nauseum all week he would vote for the person who won round 3 and the most competitions, Adam voted for his friend and fellow newbie, the sleeper/lounger extraordinaire, Porsche.

What a season for Bachelor Pad. Trashy Vienna came close to ruining the season, followed by the supremely self-delusional Kasey and the unhinged Melissa.

Holly and Michael and Michelle and Graham not only saved the show, they elevated it, from what began and for most of the season remained, an almost unwatchable whine-fest. END_OF_DOCUMENT_TOKEN_TO_BE_REPLACED 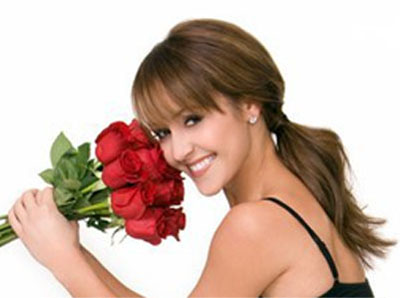 Two contestants who may be around for awhile: New Orleans lawyer Ben Castoriani: END_OF_DOCUMENT_TOKEN_TO_BE_REPLACED

The Michele Bachmann of reality tv facts? Ouch! But it’s nice to know Mr. Fleiss has his politics right. Makes me like him more. END_OF_DOCUMENT_TOKEN_TO_BE_REPLACED

The Bachelor season ended not with a romantic proposal, a twirl, and declarations of undying love, but with a breakup. It was no secret Brad would propose to Emily and she would accept. The question was going to be, are they still together?

The final rose ceremony was filmed in South Africa on November 19. The “After the Final Rose” show taped last week, which means while both aired tonight, one occurred four months after the other in real time. A lot can happen in 4 months.

As soon as the ATFR began, Chris Harrison, looking tired, stressed or botoxed, take your pick, announced that the couple had already split once since leaving South Africa, and hadn’t seen each other in the past month. Later, Chris throws in another bombshell: Brad and Emily were supposed to get married on the ATFR show, which had been planned to film in Anguilla, where the couple fell in love. But Emily called it off.

Chantal came out first, looking terrific in red, then Brad came out, and Chantal, like the good-sport she is, asked the pertinent questions aimed at getting closure. It didn’t go the way she wanted.

Emily also looked beautiful, with a new hairdo in a darker blond (or maybe just added lowlights) and a shorter cut. We also got to see she has a personality, something the show tried to hide all season. She was tough, spontaneous, and funny — who would have guessed? She complained about her “edit” — the boring, poised lady edit — and insisted that if she had gotten the dates Chantal got, she would have had fun too.

So why did they break up? According to Emily, it was Brad’s temper. They have been having knock-down -drag-out fights. Emily says she has a temper too. END_OF_DOCUMENT_TOKEN_TO_BE_REPLACED